Assistive Technology and Robotics In Healthcare

Driving Into the Future 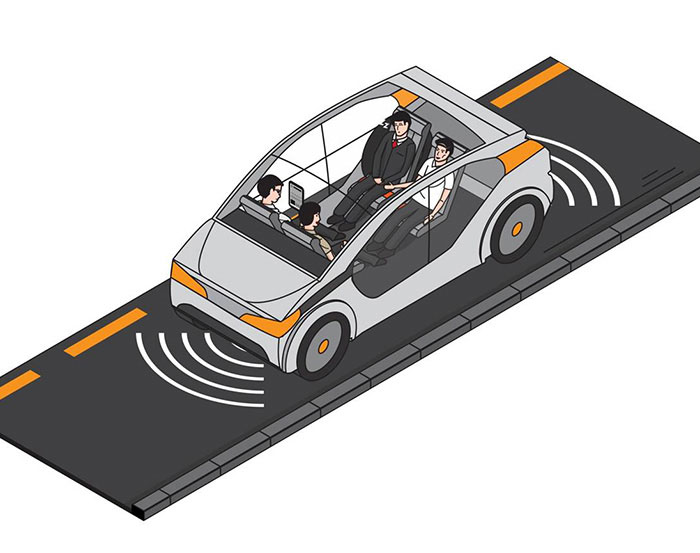 Imagine a day when your family car drives your children to school, takes you to work and brings your elderly parents out to lunch—all by itself. Your job is just to schedule the various trips.

Sounds too good to be true? It may not be as farfetched as you think, thanks to self-driving autonomous vehicles (AVs)!

Within Singapore’s public transport system, self-driving technology could be extremely helpful in helping us overcome our land and workforce constraints.

Autonomous vehicles could provide our disabled and elderly with more mobility and independence. For businesses, it holds great potential for freight transportation and utility services sectors. For instance, deploying autonomous systems at night instead of during the daytime could ease traffic congestion during peak hours and reduce the need for drivers.

Ongoing trials allow us to study the potential of autonomous vehicles, and you can read more about our progress below. 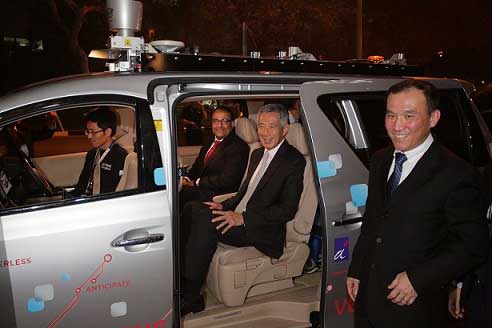 A* STAR’s self-driving vehicle was the first autonomous vehicle approved for public road testing at one-north in July 2015. This iconic vehicle has ferried Prime Minister Lee Hsien Loong and Cabinet ministers such as S. Iswaran, Vivian Balakrishnan as well as ministers from other countries. 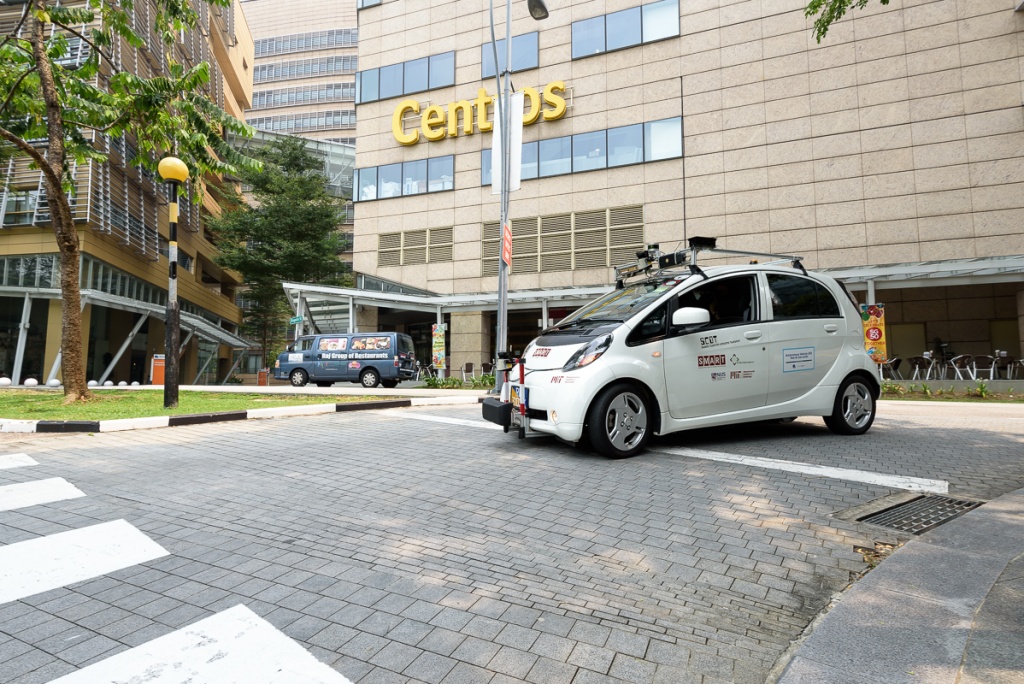 In collaboration with SMART, the team at NUS has designed working research prototypes that have been making the rounds around the campus. Riders can book them and select their desired pick-up and drop-off locations using their smartphones, much like an on-demand shuttle service.

The team also conducted its first public trials of self-driving vehicles at the Chinese and Japanese Gardens in October 2014. The team has retrofitted an electric passenger car- the second vehicle to be approved for more complex testing on our public roads -. that has been tested at one-north since September 2015. 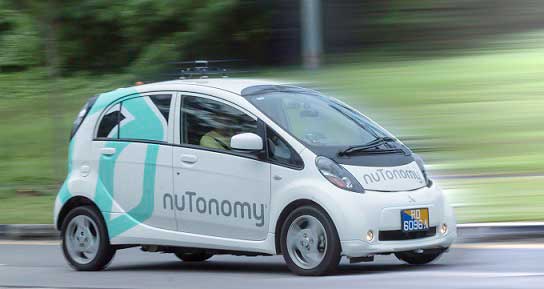 An MIT/SMART spin-off, nuTonomy was the first private company to obtain approval for public road testing at one-north as of April 2016.

Its technology has been tested in the US, Singapore and Europe, and the company was bought over by Aptiv and is now part of Motional.

Gardens by the Bay, in collaboration with ST Engineering 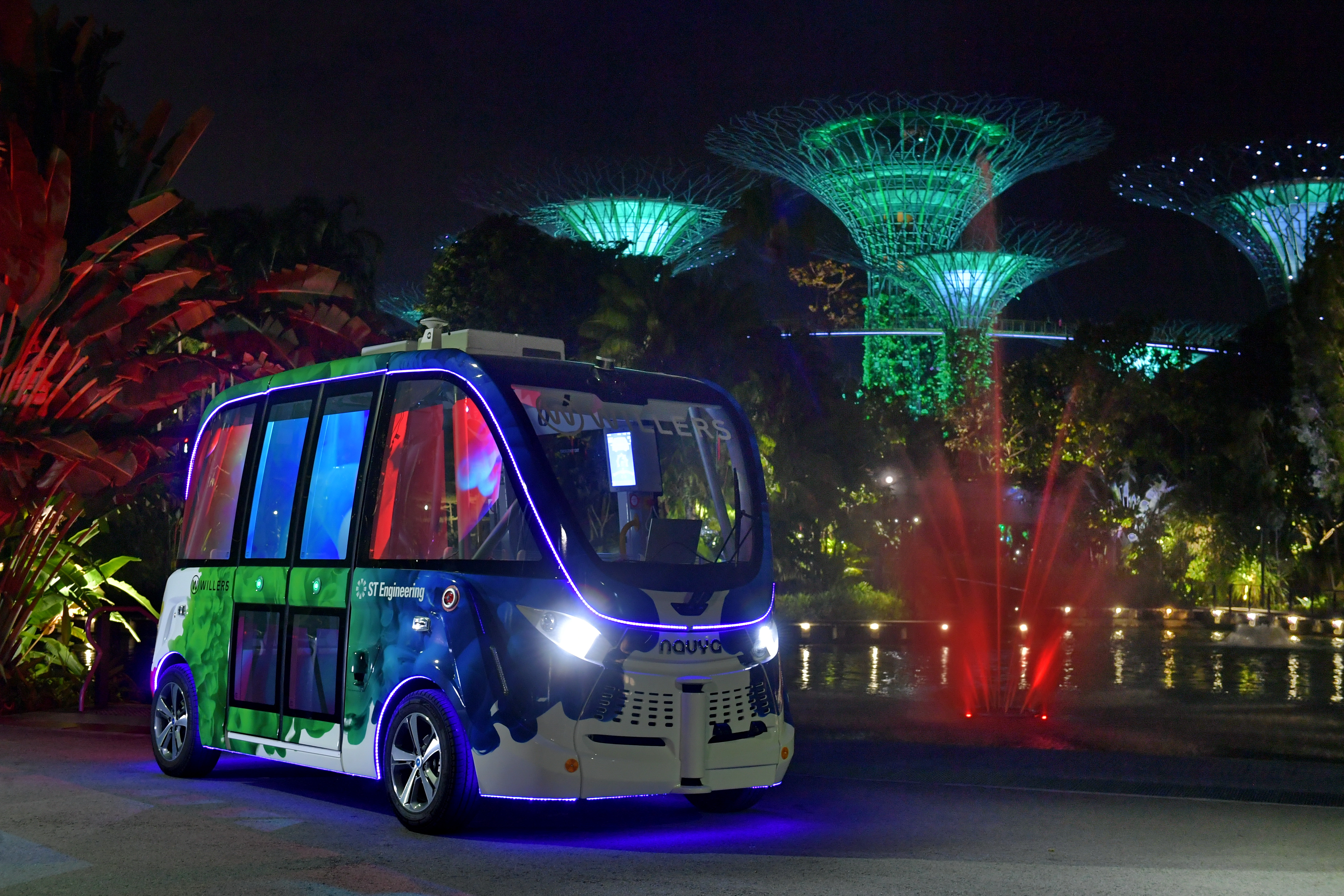 (Image: Gardens by the Bay)

Auto Rider - the first fully-operational self driving vehicle in Asia - is electric-powered, air-conditioned and can seat eight passengers. Auto Rider enhances connectivity within the Gardens and provides visitors with an alternative, cutting-edge mode of transport for getting around. 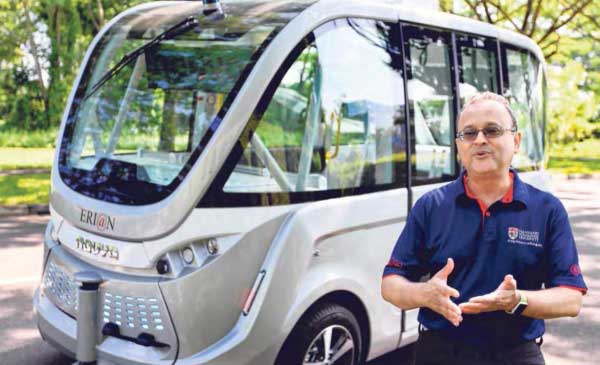 NTU’s driverless shuttle bus travels a 500m route that connects up to 300 passengers between student halls and the main study areas. The aim is for this shuttle bus to eventually travel across the entire campus and beyond, connecting NTU to the neighbouring Cleantech Park.

ST Kinetics has launched autonomous buses to ply Sentosa’s popular destinations, including the Beach Station, Palawan Beach and Siloso Point. These buses will be tested in various locations, scenarios and environments, such as in heavy rain conditions, to ensure passengers’ safety at all times.

To learn more about the trial, head over to ST Engineering’s website.

This collaboration aims to develop technologies to enable heavy vehicles to move in leader-follower formation, fully automating the processes for precise docking and undocking of cargo.

Phase 1 trials will be conducted in the companies’ respective research centres. MOT and PSA Corporation will select one company to progress to the Phase 2 trial, which will take place on a 10km-long test route along West Coast Highway. 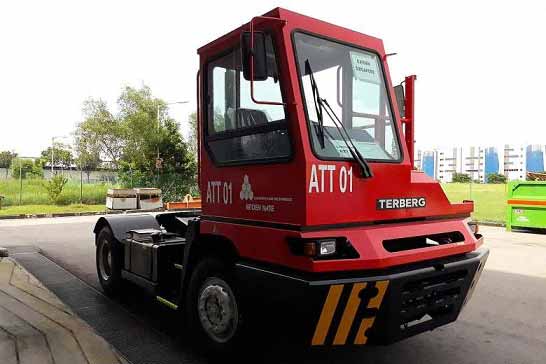 Driverless trucks have gone on trial on Jurong Island since September 2017. These trucks are retrofitted with autonomous systems, which communicate with transponders installed in roads. As part of the initial trial , these trucks ply a fixed 6km-8km route.

For the next phase, they will be guided by satellite. The aim is to have them eventually ply public roads autonomously.